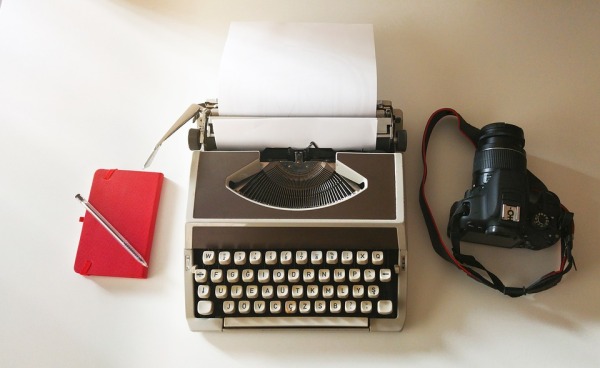 This is an abstract I created called “Spinal”, probably representative of  how my back felt one day! Part of my Yin Yang series.

Guess I was feeling better this day!  Haha.  I gave this one to my Chiropractor. (no seriously, I did)  It is simply called “Spine”

I don’t want to carry tote bags and wear pink!

Photo by Moose Photos from Pexels

I’m not touting an anti-pink, anti-feminine, trans male revolt here! However, I’m not fighting to express my toxic masculinity either. I want to claim my non-toxic masculinity without the soft, chewy, gentler male persona, that some men seem to like. I’m kind and unthreatening alright, but I’m tough as rocks, and still sensitive! My intention is to say “Hey, there’s lot’s of gray areas in men too.” I can still be sensitive AND masculine. The toxic masculine social norm, of the last, oh-I-don’t-know, 500 years or so, has annihilated us! Stomping on the subtle nuances and gray areas of our emotions. The new man, those of us who embrace non-toxic masculinity, love our gray areas. You know…I want to eat my entire spectrum of the gray-scale, in one bite. I love the grays, they’re yummy! So many beautiful grays in the world.

Artists haven’t escaped the beating from toxic masculinity either…

For centuries, male artists have ruled the art kingdom. Whether they were “straight” or gay, doesn’t, and didn’t matter much. Point being, toxic masculinity locked women out of the kingdom. Male artists got the recognition, despite having to wait ’til they croaked, and most did, and still do. Except for David Hockney, who this past week, broke a record as the highest paid living artist to date. Selling one of his paintings, for a staggering 90 million dollars!

Jackson Pollack, in my opinion, represented the Abstract Expressionist brand of the hard-drinking, brash, working-class, macho, toxic, overtly masculine, ART SUPERMAN, the best. In fact, he may have invented that brand. His wife, Lee Krasner, a brilliant artist herself, lived in the dark shadows of this classic, toxic male persona her entire life. Sadly, she supported his career, pretty much at the expense of her own.

It pains me to admit it (not really haha)… I love my non-toxic masculinity, but, I love the oh-so-masculine-old-world-alpha-male’s too. As long as they are like me, non-toxic, with lot’s of gray areas. (ie. No bully’s). I am both. That’s my exact point here. Masculinity today is becoming redefined by a new non-toxic-man-movement. Sure, I dreamt of being the Marlboro man (minus cigarette’s) rocky and rugged, a tough outdoors manly man. I still have that dream. The free-wheeling, free-spirited, chock-a-block-of-man, tearing up the wilderness, running with the wolves. Handsome and unbreakable.

I find the masculine binary life liberating in my personal trans-experience. But binary doesn’t need to present as one-dimensional, black and white, with no gray areas. Blah, how drab. Besides, I want to claim my male-artist identity stolen from me growing up dammit! Ha, I said it, whew!…that felt good.

Artists are transformative by default. It’s what we do, transform things. Isn’t it contradictory to human nature to pretend we don’t have lot’s and lot’s of gray area’s, non-toxic behaviors or emotions? Little by little that’s changing, but don’t you think, admitting the obvious would transform the art world, the world in general, to advanced levels? Levels where sensitivity is a strength, instead of a weakness.

I guess artists are guilty. Or, are we the lowly bottom feeders of a society, where the callous minions win, over us humans? No control over our own destiny? The hapless victims of a toxic masculinity? Are we doomed to hell for a lifetime?

Or, shall we progress toward enlightenment?

Transgender artists, like myself, are on a particular spectrum, a spectrum of enlightenment. We kinda have no choice here.  A colorful world, if you will of building a new human identity. An identity where no one life, no one gender, is greater than the other. Instead, experiencing the entire range of our personality. The feminine, the masculine, the whatever we want kinda’ thing. An enlightened life, walking through the fire. The fire of fear.

In today’s world, the violence-the fear-the Xenophobia, suggest’s that “the chickens are coming home to roost.” Toxicity is turning inward and it’s killing us.

I won’t go down with that burning ship. I want to claim my masculine-rugged-alpha-identity, which I longed for growing up.  I don’t want to wear pink though. I don’t want to carry tote bags (not dissing those who do). That isn’t who I am. No prerequisite’s in masculinity, no club to join, at least there shouldn’t be. This funny New York Times piece, pokes fun at non-toxic masculinity a bit. There’s truth in satire, and it’s okay, laughter is healing.

Truth is, non-toxic masculinity is part of what man has suppressed in the collective consciousness of men, since time immemorial. Emotional, but still masculine sensitive men, weren’t allowed to flourish in society, without a brutal beating from its’ dark counterpart, toxic masculinity.

I think in the end, it is obvious, that gender is more like an infinity circle than a binary dichotomy, of this or that.

I’ve been thinking a whole lot about the Digital Divide and Old School vs. New School, and my struggles to stay afloat as I get older.

I wonder if Apes ponder these life questions, after-all, we descended from them, right? Apes do look so human, just sayin’.

So, at this point, we all know the digital divide, but I feel I must weigh in on this, and throw my opinion into the mix. However, for me it isn’t the digital divide alone. No. It’s much larger and been plaguing humans for millennium (not millennials, haha kidding). In my world , my mind, my experience – it is that point I’ve reached in my life –  where I’m either choosing to evolve or decline. Simple yet profound. But reality.

So my experience , as is many people’s experience,  is aging and the digital divide. The digital divide is the discussion of the age-old-social-injustices – inequality, the have’s and have not’s, the socioeconomic divisions, ageism, gender inequality etc. –  that have plagued us humans for eons. In the animal world (like my Ape friend above) it’s ‘survival of the fittest’. My son (a millennial) and I,  feel passionate about changing the digital divide –  this Ted Talk sums it up the best.

Adrian (my son) is a classic tech nerd, he is getting ready to graduate with a degree in computer science. Some day he may work for one of those ‘mega-lithic-tech’ corporation’s. We’ve talked at length on digital responsibility and the collective accountability the developed world has. The responsibility the Tech industry has. We feel passionate toward creating digital equality.

The responsibility to address this digital inequality we face today and bridge the enormous gap we have as a society, is our social responsiblity to the world. And, it is democratically sustainable, and frankly, long overdue. It is a real problem for older folks who have little, none, zilch, zero, nada tech skills (or desire) to learn new skills. Yet, if they live ‘tight to the belt’ with minimal resources and need to work, instead of retire.   Or are older and still of working age, having to adjust to this new-school-tech world, to float above the water, or else sink to the bottom. Their world is spinning fast and they must learn to play this new techie game in life, to make end’s meet. This is wrong. Life should be easier for them. Why make it harder?

I find myself (at fifty-three) cursed by the digital divide, in my opinion too soon. Shameful, because many, many folks are trying to wrangle with this problem, and believe me, it’s a problem. But the other side of this, is the resource question, or shall I call it what it is…the poor people. ‘The divide’ is nothing new to them, they’ve lived this reality for years. Add to this, the current and longstanding, social-economic injustice problem, of the digital divide, and you’ve compounded the injustice. This is detrimental to solving poverty, here and worldwide.

Artist’s (such as myself) experience this phenomena, if they choose to stick with their hand to mouth art practice(s), and live the starving artist’s (dream) which can be a (nightmare) economically. Oddly, this is what I aspired to as a young artist. In Art School (at that time in my life) this was the norm. We snubbed technology, we were trained to live with a paintbrush and palette in our hands, not a computer. I know, some chose to embrace the digital revolution and joined the ranks of digital artist’s, illustrator’s, and photographer’s, but, seriously, a great many didn’t. They built their dreams based on the old school, old world artist lifestyle. And when many artists returned to school to learn desktop publishing and web design, many other artists, who loved the act of working with their hands, doubled down and rejected this new art form. I am one of them. The rugged, starving artist, romantic, but broke.

Today, I feel I have sputtered along over the years, patching together my techie skill set on my own. I have done pretty well, considering I did it alone. Still, it is an exhaustive process for me to keep it up at times. Let’s be real, I grew up different from today. We didn’t have a computer in tow –  everywhere we went. That isn’t the world I lived in. I am a baby born at the beginning of the Generation Xers. Today, it has become ever-present that I must keep treading water, with computer in tow, or I will sink. Having the computer skills I have taught myself, and continue to learn and peck at, has been invaluable. A new and emerging, dare I say, LOVE of digital design and digital art – which I have poo-pooed for decades now – has gotten me riled up, excited again. I am becoming ‘the sponge’ I was in Art School, wanting to learn every technique available. Of course, it comes down to resources. What is realistic and what is folly. That’s what us artist’s do best though, dream.

I don’t know, maybe it’s the HRT, maybe it’s the getting older thing, but I love making art without getting paint all over me (well, honestly, it’s the clean-up I loathe). Haha, I guess with my transition, I’m changing. I love painting, don’t get me wrong. I’m still a painter at heart, BUT,  I feel I’ve grown and opened myself to all artistic tools now. Whereas in the past I was stoic and rigid, rejecting of the ‘new school’. Evolving from the ‘old school’ isn’t as bad as I feared. Challenging? Yes. But that’s okay, I’m up for the challenge.

As far as the divide, I do feel it is imperative that the digital divide become eradicated from the face of the earth immediately. Humans can do better than this. In order for the world to thrive, we must care for others. Division and greed must die off, and social responsibility, social justice, must prevail. It must prevail – not because it’s trendy, not because we are greedy, creating wealth off a shallow trendy idea of ‘Digital Equality’ –  but because literally – we should want better as loving human beings.